By RKNEWS
BULLETIN: On Thursday, the 18th of August at 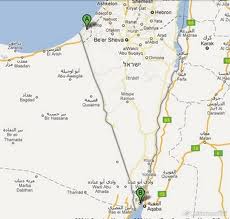 noon a large group of ~20 PA terrorists began a complex attack on Israel, first targeting a civilian bus traveling from Mitzpe Ramon  to Eilat followed by several  murderous attacks ending in 8 Israeli deaths and at least 30 wounded. A 2nd bus, 2 civilian vehicles and  a military patrol vehicle were targeted with a variety of bombs, missiles and weapons.  Israeli Security Services said that there was some forewarning but for a different type of attack (deliberate misdirection?).
Thursday night Hamas rained about 12 missiles down on Ashdod, Beersheba, Ashkelon, and Sdot Negev, Shar Hanegev and Eshkol. One missile hit a synagogue in Ashdod, injuring 10 worshipers, 2 seriously. Saturday, Hamas continued to fire Grad missiles striking homes, cars, and businesses in Beersheba, Ofakim, Ashkelon and throughout the area. More than 80 missiles have been fired.  One

Passenger bus after attack by terrorists near Egypt/Sinai border

man was killed, a 4 month old baby and 9 year old child were wounded by shrapnel, 10’s of residents are hospitalized with various levels of injuries. One woman is still on the critical list.  Homes and other property have been destroyed. The Iron Dome missile defense system has been able to intercept and blow up 5 of the missiles. Residents are requested to in or near shelters. Red alerts have also sounded in Gedera, Kiryat Gath and Gan Yavne.

Why now? Why there? No official information answering those questions has been given.  Is it possible that this is an attempt to divert attention from Egypt’s intensive attack on the Sinai terrorist cells this last week?  Perhaps. On Friday morning a suicide 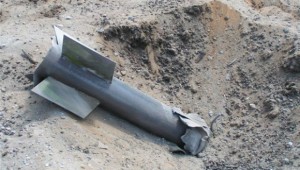 bomber killed several Egyptian soldiers and injured many at a Gaza-Egyptian border.  The location is easier to explain:  No border fence exists yet at that part of the Israeli/Egyptian border.

In the search for the terrorists, a cross-border shoot out  resulted in the deaths of 1 Egyptian officer and 2 of his men. Israel has expressed regret for the loss of Egyptian lives.  A  joint Israeli-Egyptian investigation will be carried out to analyze the cause and establish preventative procedures. As of last reports, 7 of the terrorists have been killed by IDF and Police special forces. The search for the terrorists continues on both sides of the border, with continued missile attacks and shootouts likely. Soon after the Palestinian attack, the Israeli Air Force struck a targets in the southern Gaza border town of Rafah, killing leaders of the Popular Resistance Committee (PRC), suspected of planning the attacks. Other targets were the tunnels between Gaza and Israel, weapons stores and launch sites. As the missile launches increased, the Israeli air strikes intensified the attacks on Gaza terrorist targets.  The Palestinians reported 15 killed. (There is no ability to independently verify their numbers or the identity of the dead, though Israel knows the identity of the PRC leaders killed.) Israel has stated clearly that it does not want to enter into a 2nd ground war in Gaza. However, the missiles must be stopped. Israeli families must not be forced to live in shelters under constant threat of death by terrorists whose ideology keeps them from valuing even the lives of their own families.