Jihad: From the Pen to the Sword

It’s often amazing how the most insignificant people and events can turn the world upside down. Without sword or shield, without powerful position, one person or event can wield such great power as to forever change the course of history. When it’s for good we applaud it, but so very often it’s for evil. It is at that point 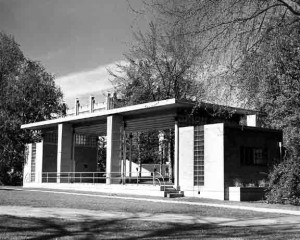 University of Northern Colorado at Greeley

that every man and woman must stand up to be counted, for perhaps it is then he or she who can turn back the tide.

David Von Drehle wrote in his article for the Smithsonian magazine web site, A Lesson in Hate, of one such man who came to see small town America but saw no good, only his own distorted reality. This he took home to Egypt with him in 1951, and there he poured forth a flood of words filled with the bile of his own corrupt vision. He called his vision jihad. A member of the Muslim Brotherhood, he was executed as a traitor in Egypt in 1966, making him an heroic martyr in the eyes of his followers. Yet his teachings on jihad wreaks havoc even today around the world. 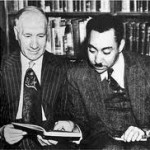 Von Drehle begins, “Before Sayyid Qutb became a leading theorist of violent jihad, he was a little-known Egyptian writer sojourning in the United States, where he attended a small teachers college on the Great Plains. Greeley, Colorado, circa 1950  was the last place one might think to look for signs of American decadence. Its wide streets were dotted with churches, and there wasn’t a bar in the whole temperate town.

But the courtly Qutb (COO-tub) saw things that others did not. He seethed at the brutishness of the people around him: the way they salted their watermelon and drank their tea unsweetened and watered their lawns.”  Qutb’s gripes about America require serious attention because they cast light  on a question that  has been nagging since the fall the World Trade Center:  “Why do they hate us?”

Why do they hate us?

Von Drehle continues, “Such grumbling by an unhappy crank would be almost comical but for one fact: a direct line of influence runs from Sayyid Qutb to Osama bin Laden, and to bin Laden’s Egyptian partner in terror, Ayman al-Zawahiri. From them, the line continues to another quietly seething Egyptian sojourning in the United States – the 9/11 hijacker Mohammed Atta.”

Click on the link above and read the rest of his story. The teaching of this one man has reached from the height of the World Trade Center to the depth of the bombs buried beside the roads in Iraq. The fruit of his teaching continues to terrorize the entire world maiming and killing randomly and viciously to this very day. …all this from one single-minded man who visited one small country town in a foreign country and didn’t like his neighbors.

57 Responses to Jihad: From the Pen to the Sword