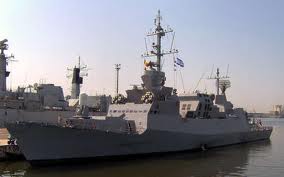 Following the terrorist attack in mid-August across the Israeli / Egyptian border at Sinai, the Israeli Navy announced that it would maintain a presence in the Red Sea near the border area in order to provide support and protection to Israel civilians in Eilat and along the border.  Within a week, Iran’s Naval Commander, Rear Admiral Habibollah Sayyari announced

that it too was sending ships, its 15th fleet (a submarine and a warship), to patrol in the Red Sea and the Gulf of Aden.  Iranian Broadcasting (IRIB) stated that they would “also fight pirates” there.

To add to the situation, Turkey has once again announced it will strengthen its Naval activity in the Mediterranean, chiefly in the eastern sector. The announcement was accompanied by a threat to accompany ‘blockade buster’ ships to the Gaza port.  In the past this has been an empty threat, but no one should underestimate the Turkish PM’s enormous ego and the injury to his pride that was reinforced by the UN Palmer Report on the Mavi Marmara flotilla ship. The fact that the UN body has basically cleared Israel of the main charges and confirmed Israel’s position on the blockade has further enraged the PM who seems to have turned this into a Turkish national insult as well as a personal affront to himself.

Given that Turkey and Iran are at some level cooperating in their long-running independent battles against Kurdish rebels — with both Tehran and Ankara striking them in Iraqi territory,  it still doesn’t bode well for either of them in any Israel/Turkey/Iran stand-off in the Mediterranean.  While the Iranians are intent on facing down Israel in the Red Sea, the Turks appear intent on the same in the Mediterranean. Both the Iranian and Turkish fleets will undoubtedly be heavily armed with sea-to-sea missiles and looking for even a small victory to bolster 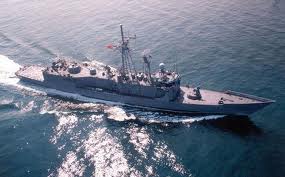 Could Turkey’s position in NATO be called into question if Erdogan makes good on his threat against Israel?  Certainly NATO would not join the fray.  As the extremist Muslim Party leader, Erdogan does not enjoy support of more than 50% of the Turks; he has decimated the Turkish military leadership with accusations of treachery and arrests and taken control of the media in Turkey. He has so far proven unreliable as a peacemaker (Arab Spring), as a protector (Gaza Blockade), and an ally (Syria, Iran and US/Obama admin) zigzagging in diplomacy, making empty threats and belligerent statements he cannot support. Though Obama is a wild card in any Muslim/Israeli confrontation, he isn’t free to openly commit the US Navy to support Turkey in a conflict with Israel. And if he was unreliable in support of NATO in Libya and might try to move against Israel in secret channels, who could rely on him to move overtly against an historical US ally.

Erdogan is foolish to think that he can take on the Israeli Navy and win with his untried civilian military commanders in charge and limited intelligence capabilities.  While it’s true that Iran may prove a temporary friend, Erdogan has changed sides several times with regard to the Syrian rebel standoff and has backed down on earlier challenges to Israel over the Gaza blockade thus not endearing himself to the Ayatollahs. He’s is simply now playing the ‘common enemy’ card and hoping it works.

It is true that if he starts a fight, he wins some battles even before the first shot is fired:  People tend to forget the internal conflicts when an external one rages. It wouldn’t be the first time nor the first  leader in history to start a war in order to increase national political power. However, a defeat after he has made a full commitment will likely bring about his downfall. 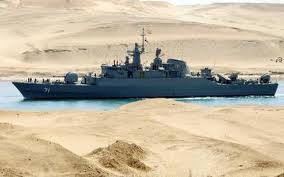 Iranian warship on it's way to Syria

And what of Iran?  Long experienced in war with the west, it could be less likely that they will overtly challenge Israel.  Their ships are there as a warning and to affirm their right and increasing ability to influence shipping traffic in the Gulf of Aden, Red Sea, Suez and Mediterranean.  Wise strategists recognize though that Iran is more concerned with achieving its goal of world-wide dominance than of winning this or that battle for the sake of their honor. Iran seems more comfortable than Turkey with the Islamic culture of conquest which allows for temporary withdrawal to fight another day, fight another way.  The history of Islam is replete with the greater success of this  devious approach against the more direct western approach and the more honor-driven oriental strategy. History,  however, also reminds us of another sobering fact:  No matter how foolish and even inept, a ruler can still spill a lot of innocent blood before his end.

Israel for its part, must be able to deal with both enemies and win, whether directly or subtly, while under the scrutiny of a few friends and a multitude of enemies.  In truth, Israel while acting wisely to plan for the battles, must always rely on miracles to turn the war….and so it has happened throughout Israeli history, with the help of God.