The Real War That Rarely Makes the News 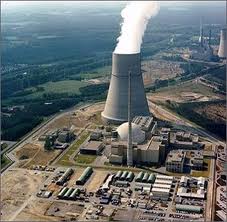 The Reactor the world can see....like a display window, it represents much more.

Last year the Stuxnet virus was all the talk. Then the world got bored with it and the news faded except for the infrequent headline. While reassuring the world that all was well,  the Iranians and Russians frantically and unsuccessfully tried to repair the damage.

Recently, without much fanfare, it was announced that Iran had, at great cost, replaced all its centrifuges. Russia continues to assist Iran.  The missile and the warhead technology continues to advance and are greatly increasing in range and accuracy. In some cases, Iran is show casing successful test, in others, claiming far more progress than the tests show.  There is no accurate assessment among nations spy agencies of the status of Iran’s bomb. They vary from 1 to 2 years before total capability to stating that 4 warheads are ready and mounted. Iran has kept the truth buried in an smothering cloud of propaganda and misdirects.

Meantime, several high level Iranian and Russian nuclear scientists have been killed in ‘accidents’ and in daring attacks. It’s likely that Iran’s tight nuclear community may have been penetrated either by foreign agencies or local dissidents. Either way, it’s a strugggle to the end: A  failed murderous regime or a worldwide nuclear war.  There is not one world leader with the guts to take action and openly tip the balance. The Saudis are the only ones to stand toe to toe with Iran.  Given the repressiveness of the Saudi regime, this should give everyone pause.

Blessings on the mysterious ones carrying out the hidden war – but if they don’t win, what does that say about our future?

215 Responses to The Real War That Rarely Makes the News