News: Al Qaeda strikes Egypt-Israel gas installation in Sinai.  Fifth time since February, 2nd time this month (yawn). Obviously, Israel knows it can no longer depend on gas imports across Sinai. Jordan and Syria, also served by these lines,  must be making alternative arrangements by the 5th attack. 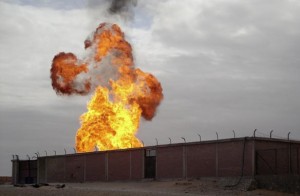 What most reports don’t tell you is how different this attack was and what it means to the world, not just Israel.

On the 29th of July, the news was that 7+ people had been killed and 30+ injured in a terrorist attack on El Arish, the capital of Sinai (pop. ~115,000).   Debka reports that this governmental center and popular tourism site is but 20 km from the MFO base where ~1000 Canadian and US troops are stationed in order to “keep the peace” in Sinai.   Egyptian soldiers were also holed up in a nearby base.

This was a military-style attack of a large force bent on random killing, destruction and intimidation.  They withdrew with nightfall, but all expect them to return.  Obviously there will be no resistance.  The following day, they blew up the gas installation also in a military-style operation. 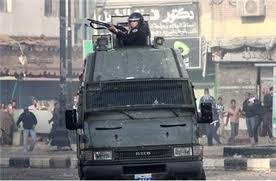 It’s known to anyone who is interested in finding out that Al Qaeda is in the Sinai (with Bedouin cooperation) and that they are in Gaza.   This however, is the first attack to expose their organization, training, and probably numbers.  It also exposes their intent to take over Sinai. This makes it world business.  An Al Qaeda-ruled Sinai is a real military threat to Suez, Egypt and Israel.  All Red Sea traffic will be vulnerable to piracy, increased smuggling and to overt military operations.

Reports from Cairo are that the gas companies who own the installation are going to sign up local Bedouin to guard the installations and the pipelines. Isn’t that like paying protection to the mob so the mob won’t hit your store? And even if they find a tribe not sleeping with Al Qaeda, do they really believe the Bedouin can/will hold off Al Qaeda.  Really, this must be a joke or news for fools. 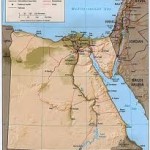 Israelis who vacation in Sinai know well that El Arish is 2 1/2 hours drive from Tel Aviv. It means that the threat of rockets, missiles, terrorist infiltration will soon be as strong from Egypt’s Sinai border as the threat from Gaza and stronger than the current threat from Hizballah’s Lebanon.

If the US and Canadians are not concerned enough about their soldiers in the MFO force within 15 minutes of El Arish, perhaps they will care that the price for oil and gas and those of many imports will sky rocket with Al Qaeda in control of critical shipping lanes.