Recently, a new tunnel was discovered which originated in Gaza with an exit into southern Israel. From such a tunnel came the kidnappers of an Israeli soldier and from such tunnels, the terrorists are sent to maim and kill. Even after 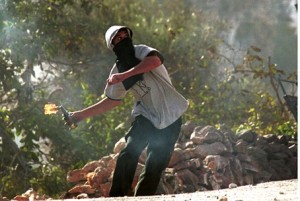 Israel responds militarily (until ‘called off’ by the Western powers who always know best!), the attacks and efforts to cause mass civilian casualties continue….on a daily basis. Deadly stones are thrown at cars near Hebron and Bethlehem, Molotov cocktails are thrown at civilians and soldiers at checkpoints and historic sites– all these and other attacks during just the last week. Sometimes they make the Israeli news, but not always, and they almost never make the international news unless Israelis capture the perpetrators…then Israel is castigated.

Of course, as long as there is media support for Hamas, as long as there is support from leftist extremists in America, Europe, and Israel and as long as the money pours in, the attempts to terrorize through murder and mayhem will continue! And anyone who thinks that the millions of dollars donated or the tons of  humanitarian aid trucked in daily from Israel, Egypt and abroad goes to the poor is being played for a fool.

The junta must keep the poor in dire poverty to be used to pressure Israel through photo ops by official and unofficial “tourists” who come to prove Israel’s inhumanity toward the helpless, starving Gazan Arabs. There will be no improvement in the living conditions for the masses in Gaza or in any of the other “refugee“ camps (in Israel, Jordan, Syria and Lebanon) as long as the terrorist organizations deem it best for their political and financial interests to keep their subjects destitute.

The wonder is, not that the foreigners are fooled, but that the oppressed remain brainwashed, cooperative (certainly under threat as well) and convinced that their own suffering and a constant reign of terror over the enemy is the only way to gain wealth and power over the infidels. And generation after generation, do they truly continue to believe they will one day receive their ‘fair share’?

(And by the way, the exact same propaganda techniques are now being used effectively in the US among the poor. . It’s working there, too.)

How Goods are Delivered to Gaza