Will Israel allow local and international political considerations to determine the outcome of this long-running war.  Note some of the latest 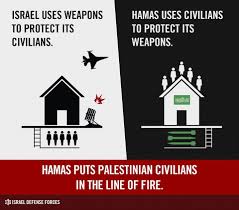 Monday night:   Israel accepts Egyptian formulation of ceasefire, including demand for removal of Hamas missile stocks, total cessation of all forms of attacks whether missiles, invasion through tunnels and Jihad attacks inside Israel 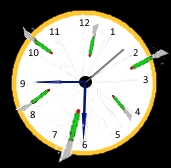 In spite of Israeli (and Egyptian) efforts, by mid-afternoon more than 76 rockets had struck Israeli territory, by 11 pm more than 130.

The IDF refrained from responding to the rocket fire for some five hours on Tuesday before Prime Minister Binyamin Netanyahu ordered the IDF to resume strikes in the face of Hamas’s rejection of the ceasefire. [see article: Jerusalem Post]

Until finally, in the evening the headlines were not just about those who were injured, or a few injured remaining in serious condition in the hospital, including an 11-year old. It was a headline about a 37 yr-old man who volunteered to take food to soldiers near Erez crossing. He was hit by shrapnel and died shortly thereafter. May God be with his family and friends to bring them comfort. Were it not for God’s protection and the skills of those who operate the anti-missile shield, there would by now be many more deaths in Israel.

But, as usual, apparently the diplomatic game must be played. And the world media must be spectators to the match, each reporter trying to outdo the other in their multiplicity of words displaying mercy for the innocent victims suffering at the hands of the Israelis. The reporters must prove that they are ‘fair’ (I didn’t say JUST!) and are weighing the aggressors and the defenders with the same scales.

Never mind that it has been very clear to everyone that Hamas would continue to fire missiles into all areas of the Israel, no matter who won each diplomatic round or what the media published. This they did even during the “official” ceasefires of the months and years prior — just a few, here and there, at a whim. They just blamed it on rogue groups!

Asking Hamas to disarm is like telling PA leader Mahmoud Abbas that he has to recognize Israel and Jerusalem as its Capital. Neither will happen, even if they were to sign an agreement. They have educated their people for 2 or 3 generations to reject any plan in which Israel continues to exist as a state. They will not tolerate the existence of Jews anywhere in the Middle East unless a temporary agreement would give them an advantage in a war to destroy the Israel later on.
No one who has any knowledge of the Middle East can possibly think Hamas will disarm unless were to end up patterned on the ‘success’ in disarming, for instance, Iran? or Syria?  or Hisbollah!  Since they disarmed, they have gained a larger quantity of weapons and more advanced arms than they had before! Then surely we must consider who would enforce the disarmament:  UNIFIL? REALLY?  Thus, any ceasefire or truce is just a break to allow them to ‘refuel’ and train new forces.
Not only will Hamas continue to bombard Israel, not only will they continue to use Human Shields, but they will publicly brag about it:

In a bit of public relations confounding to the sane, Sami Abu Zuhri, the same Hamas spokesman who encouraged people to be human shields, appeared on Hamas’ Al Aqsa television Sunday to say his group was not leading Palestinians to destruction. “We are leading them to death,” he said.  That, somehow, was offered as a good thing for Palestinians. Surreal!   [Investigative Project Organization] 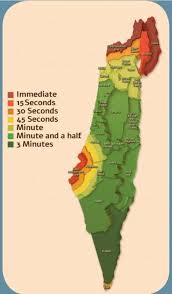 If there were any hope for a quick resolution, for fewer injuries and deaths, Hamas has made it abundantly clear that it is a false hope.
Israel and the caring world mourn the loss of innocent lives in war. Hamas celebrates.
Hamas’ leaders and elite remain safe in their caves and tunnels, knowing that their millions await them in some foreign bank.
In Gaza as everywhere the extremists operate, the Jihad will go forward and the Caliphate will built on the suffering, the flesh and the spilt blood of the poor and helpless among them.